You are here:
General Updates 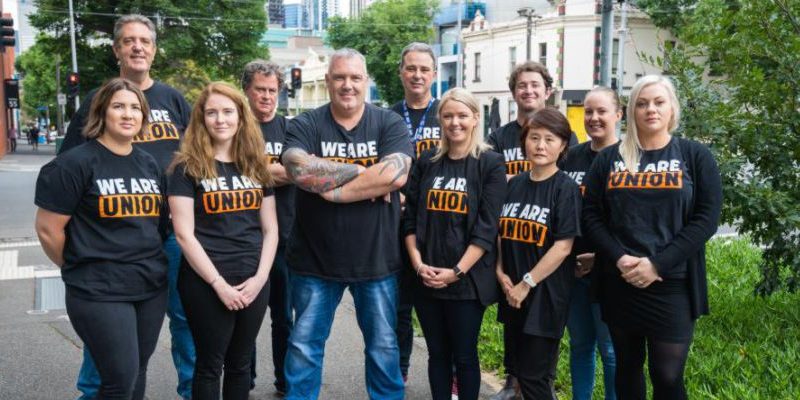 Another big year is coming to an end and we wanted to send you our best wishes for the Christmas and holiday season.

What a year it has been!

The good news is that your union, the ASU, is bigger, younger and stronger than ever before. We have won significant battles this year across our sectors and will keep working hard in the new year to ensure members get the best possible outcomes.

A few of the big campaigns have been around fair pay, better superannuation, closing the pay and superannuation gap for women, family violence leave and supporting the Change the Rules campaign to fix our broken industrial relations laws.

There’s no doubt it’s also been a year of big challenges and threats to workers in many different industries. We have a federal government that’s in the pocket of big business and committed to driving down wages and conditions at every opportunity.

2019 is a federal election year so we have also been working closely with the ACTU to secure commitments to give working people a fair go.  So far the federal opposition has agreed to promises including, restoring cut penalty rates, further steps towards achieving equal pay, banning the use of labour-hire to undercut EBAs, 10 days paid family violence leave, improvements to superannuation and important changes to the bargaining system. There is a lot more that we need to do, but we are winning the fight.

We are fighting to stop employers:

We are proud to say that our union has some incredible members.  When we look at the makeup of our membership, we have members across all age and social demographics.  The average age of our membership continues to decrease meaning younger workers are getting actively involved and joining our union.

The average age of our entire membership is now only 39 years old with those joining in the last 2 years having an average age of 34.  66% of our membership is female.  This is fantastic news for our union overall and we will ensure that we continue to stay relevant, strong and able to stand strong and united well into the future.

Our Union consistently takes the fight up to whoever we need to, including big business, bad bosses and politicians of all persuasions so that we can ensure that we not only win in workplaces but fight for a better, fairer society that provides equality for everyone.

Other issues that matter to members

The ASU was proud to have ASU members, Daisy Gardner (Oxfam) and Dave Sweeney (ACF), deliver a presentation to the ASU National Conference where we unanimously passed ICAN’s (International Campaign to Abolish Nuclear Weapons) resolution for Australia to become a signatory to the ‘Treaty on the Prohibition of Nuclear Weapons’.  We would like to congratulate ICAN who won the 2017 Nobel Peace Prize for the incredible work they do.

We would also like to congratulate the tireless work that Labor for Aid did in securing significant foreign aid commitments from the federal opposition if elected.  The ASU Private Sector Branch was proud to play a role in lobbying federal Labor for significant improvements to international aid on behalf of the many ASU members whom work tirelessly in this sector.

A special thank you to shift workers

For those of you who are working over the holiday season, thank you.  You deserve our genuine thanks for the important work that you do and deserve to be paid adequate penalty rates to compensate you for the time away from your families.

It is abhorrent that the current Liberal government has already cut penalty rates in some of the lowest paid industries.  Sadly, if they get back into government next year you can expect them to come after everyone else’s next. Something the ASU will never allow!

I am proud to be leading this fantastic union. Once again, thank you for being a member of our union and supporting the fight for working people and equality for all.

On behalf of all staff at the ASU, we wish you a safe and happy festive season.