You can be proud today

You are here:
Industry BulletinsGeneral Updates 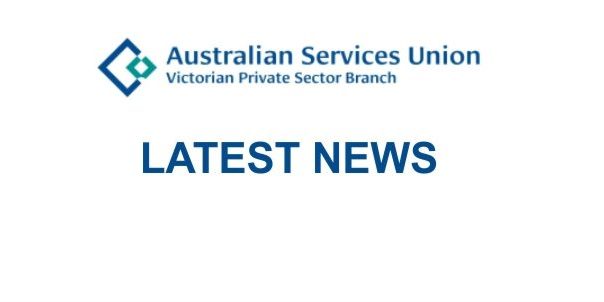 Today, for the first time, Labor announced that if elected to Government, it would implement a range of reforms proposed by the ASU to bring back fairness to the superannuation system.

As you know the ASU commissioned a report last year into superannuation outcomes for women in the workforce which was only possible because of your support and involvement. The report – Not so Super for Women – found women have an average 53% of the super savings of men.

Since then, we have pushed for a change to the rules which work against women raising enough super for a secure retirement including:

Labor has adopted all of these reforms and if elected to Government, they will be introduced.

These are ASU reforms and you can be proud today that through your involvement in your union, you have been able to affect real, meaningful and long-term change.

With strength in numbers, we are changing the rules in Australia and bringing back fairness to the workplace.

There is still more work to do on Superannuation as detailed in our report— we need to increase the SGC contribution rate, provide more super at an early stage and also make sure that Superannuation funds play their part too. With your help we will continue our campaign.

If you would like to read the original ASU report Not so Super for Women it is available here.