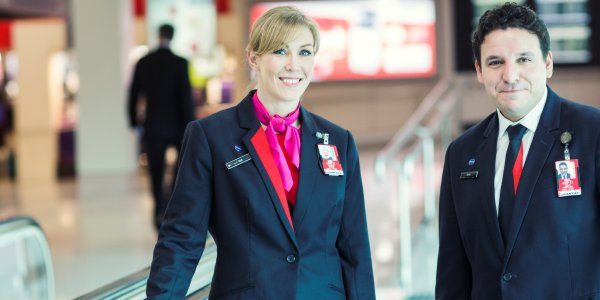 The new Qantas / ASU EBA 11 is a big win for ASU members, delivering better pay and conditions, improved job security and more flexible and fairer working arrangements.  The agreement has benefits for all Qantas ground staff, across the country.

After sticking with the airline through the toughest of times, workers deserve reward for the part you have played in delivering a record profit at Qantas, and your union has been proud to play its part delivering on some key EBA changes for you, our members.

There’s reward for members in the EBA for delivering the airline a record profit.  The agreement gives:

Higher rates of superannuation protected in your EBA

10% employer super is mandated in the EBA for the first time.  That means you’re better looked after now and into retirement and can plan for a more secure future.

Qantas has committed to no use of QGS/Qantas Ground Handling Subsidiaries in all ASU covered position for the life of EBA 11 plus 3 months.  This is a win for ASU members who were worried about the threat of lower cost Qantas subsidiaries being used to undermine job security.

Raising a child is a serious undertaking, and workers deserve security through the difficult early stages.  Under this agreement, primary carers will receive 12 weeks leave and an additional 2 weeks of salary to be paid into superannuation unless they elect to take it as pay.  For workers who do take the extra two weeks as leave, it is 14 weeks of parental leave on top of the government scheme.  That makes this EBA among the most family-friendly going around.

For those that take the two weeks as super, that could mean up to an additional $46,000 at retirement on estimates by Qantas.

The EBA provides a comprehensive set of principles and clauses for part-time work, job-sharing and flexible work, coupled with work from home and transition to retirement provisions.

Access to days-off-in-lieu, leave and 20th days are improved.