You are here:
Media 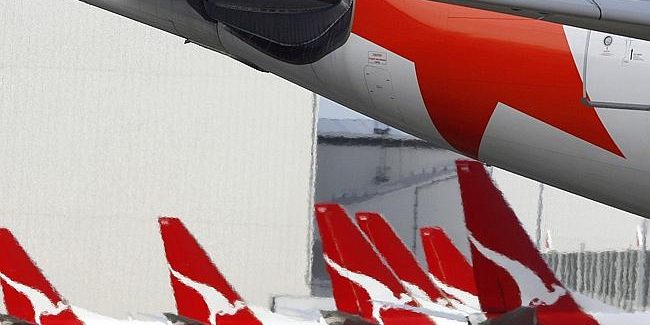 The Cricket World Cup again proved a boon to Qantas in March, helping to strongly push up domestic yields as higher passenger loads also buoyed international yields. The airline said Qantas International and Jetstar International reported a “strong improvement’’ in revenue per available seat kilometre. March passenger numbers at Qantas International were up 7.6 per cent as the load factor rose 7.2 percentage points to 82.3 per cent. Qantas Domestic capacity was down by 3.2 per cent, reflecting “adjustments to address resource market softness in Western Australia and Queensland’’, while Jetstar capacity was also down in a “mixed demand environment’’. Passenger numbers on Qantas and Jetstar domestic services, as well as Jetstar Asia flights, were essentially flat, contrasting the QI increase and an 8.1 per cent rise in passenger numbers at Jetstar International. The airline also announced that Qantas Loyalty billings rose 5.4 per cent from the previous year, with award redemptions up 1.4 per cent. A further 100,000 members had joined since December 31, it said.

Singaporean low-cost carrier Scoot’s Australian operation moves to an all Boeing 787 platform today as the airline’s third Dreamliner starts serving the Gold Coast. Perth and Sydney are already serviced by 787s and Melbourne will also get the fuel-efficient plane when it begins flying there in November. The airline also flies the plane to Hong Kong and Bangkok. The arrival of more 787s will see the airline boost frequencies to Australia with Perth increasing to daily flights while the Gold Coast will operate five times weekly. Melbourne will start with five times weekly flights from November 1.

Air New Zealand’s Christchurch Engine Centre will become one of the first facilities in the world to be able to overhaul the Pratt & Whitney geared turbofan engines set to power the Airbus A320neo. The Kiwi carrier will use the PurePower PW1100G-JM engine on 13 new Airbus A320neo and A321neo aircraft due to join its fleet from 2017.

Kempsey’s new aviation hub is open for business after the completion of a $2.5m upgrade. Construction work included roads, taxiways, aprons and other infrastructure.

Airlines must stand by their workers – Media Release
March 16, 2020