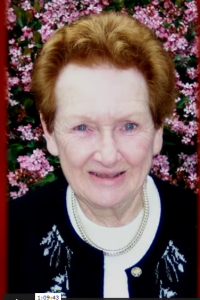 We are saddened to hear of the recent passing of Mary Nelson at 102 years of age at a Rowville Nursing Home.

Mary was the longest serving life member of the ASU, 82 years, and former book keeper and employee with a predecessor Union of the ASU, the Federated Clerks Union (FCU) (Victorian Branch).

Mary left school at 15 years of age, typical for girls of her time in 1933, at the peak of the Depression and it took some time for her to find a job. She initially found a temporary job in the mail order section of Craig Williamsons, then a Melbourne retail store. Later Mary found her second and more permanent job at Foy & Gibsons, an iconic Melbourne retailer which also manufactured its own items for sale in a huge factory complex in the Melbourne suburb of Collingwood. After some time in their mail order department, Mary was transferred to the Collingwood Head Office.

It was there that she met an Organiser for the then Federated Clerks Union, a predecessor to the ASU. The organiser held a meeting of the clerical staff and asked them to join. Mary, then aged 20, who was living with her aunt and uncle at the time went home that night and sought their advice. Mary’s uncle advised her to join since he thought it was important for workers to be in their union and Mary did so.

In 1951, Mary was offered a job on the clerical staff of the Union, initially performing general clerical duties and then subsequently became the bookkeeper for the Branch. Mary said that working for the Union was a good job, in part because the union paid “male rates” of pay, that is, equal pay, to its female clerical staff. At the time women were paid much less than men – only 54% of the male wage until the early 1950s and then only 75% until equal minimum award wages were finally won in the early 1970s.

Wage discrimination against women was particularly unfair for single women and the Clerks Union had campaigned consistently for equal pay since the Union was formed in the early 1900s. The struggle to win full wage justice for women workers continues today. Single women also found it very difficult to obtain home loans (because banks required a male to guarantee the loan) but Mary and other women were assisted to do so via the formation of union-sponsored Housing Co-operative Societies which made affordable home loans available to all members without discrimination.

Mary Nelson continued to work for the FCU Victorian Branch for 37 years until her retirement in 1988.

As well as being an employee of the union, as a member of the union Mary also held a number of elected offices in the Union. Mary was a member of the Retail Section Committee as early as 1947 and later served on the Miscellaneous Section Executive, Branch Council and Conference from the 1960s and National Council in the 1970s. For her service to the Union over many years as a member, elected office holder and employee, Mary was awarded Life membership of the Union (FCU) in 1989.

Mary Nelson remained steadfast in her commitment to her values and to unionism throughout her life.

The ASU pays tribute to Mary on her long life, lengthy membership of and service to the Union and expresses sincere condolences to her friends and relatives. 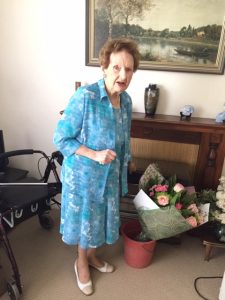